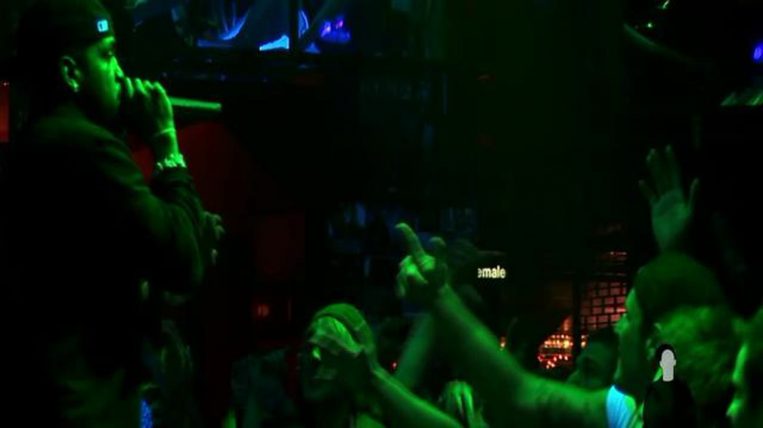 Lloyd Banks has been one of my favourite emcees since I first heard him spit bars on the original G-Unit mixtapes back around 2002. With punchlines like “ain’t no way that you’re stopping me dog, the only time you leave your hood is on monopoly boards” I used to wait eager to see his new tracks get dropped. He was always the smoothest rapper in G-Unit, loved by the girls for songs like ‘Smile’, but at the same time was a freestyle pitbull that 50 unleashed in the various beefs the crew had. If you haven’t heard his earlier stuff look up ‘Motherfuckin Star’ or ‘Banks workout pt2’….
In this show at Melbourne’s Chasers bar, Lloyd spat old tracks and new, hyping the crowd up into a G-Unit chanting frenzy. Starting the clip with G-Unit classics ‘Poppin them thangs’ & ‘Stunt 101’ from Beg For Mercy before switching to his solo material with ‘Hands Up’ off the Rotten Apple album and then finally new tracks ‘Start It Up’ and ‘Beamer, Benz or Bentley’ from HFM2.
In my opinion the promo could’ve been more expansive, a lot of Lloyd Banks fans have told me after the night that they didn’t even realise he was in town, but for the crowd that was there he put on a great show. Well worth your dollars

His new shit is the goods, check out HFM2 if you haven’t already

There’s also new tracks and videos dropped on thisis50.com from time to time so check that site for the updates on the updates…