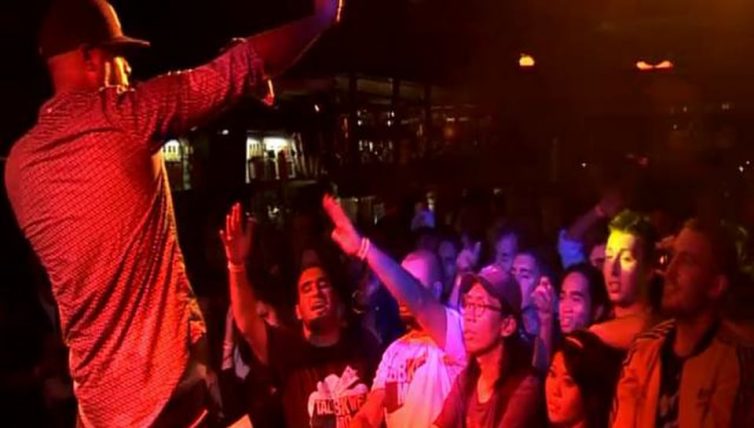 Anyone who knows me is well aware that my love of hiphop goes back to the 80’s when I was a young basketball player living in a town not known for it’s basketball. In the town I grew up if you listened to hiphop (back then at least) you were an outcast… but hiphop taught me to say ‘fuck the haters!’ and just do my own thing… I’ve been a fan since the first time I ever heard Talib Kweli as part of Black Star (along side Mos Def) and mos definitely (no pun) rate him in my top 10 hiphop lyricists of all time. His conscious rhymes and amazing flow are loved by generations of hiphop fans worldwide and when I got the chance to see him live at the Espy I had to document it. After several false starts on Twitter I finally reached Corey Blacksmyth (Talib’s manager) through the promoters and got the go ahead to bring the camera. Talib exceeded even my expectations and had the crowd in the palm of his hand from start to finish. The venue was at max capacity and with so many hot excited bodies crunched together the temperature was hitting boiling point. Talib never faltered and even came out for an incredible encore… this clip is that encore. Featuring tracks from throughout his career, I’ll never forget being on stage to see the crowd react as each beat kicked in. Accompanied by DJ Chaps on the decks, this show will forever remain one of the best nights of hiphop I’ve had in Melbourne.

You can also see the calm collected crowd controller DJ Chaps at twitter.com/DJChippytay